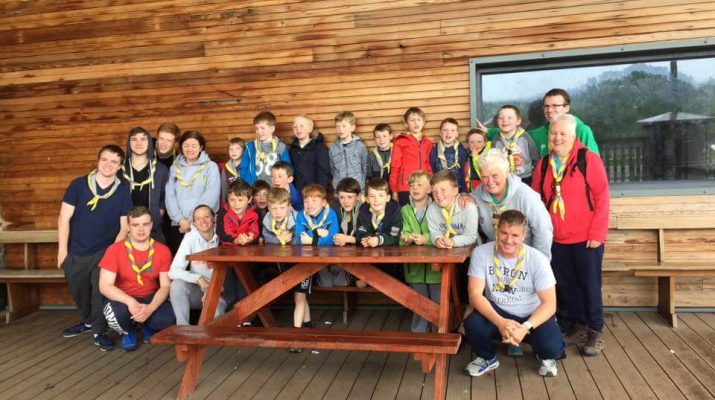 On Friday, we all met at the den at 5:45pm. We all said goodbye to our parents and the coach left at 6:30pm. We arrived at Castle Saunderson and we were allocated our rooms. We explored around the centre and played on the pirate boat outside for a while. We watched a film and had some supper cooked by the cook Sharon.

On Saturday, we woke up and got ready for the day ahead. We went downstairs to the dinning room and had cereal and toast for breakfast. We started our first activity of the day which was orienteering. We were split into teams and had to go around the campsite with a leader to find various orienteering points where we stamped our orienteering card. When we finished that, we played in the forest for a while. We had a treasure hunt around the castle beside the centre. After, we had some lunch. We then went back outside and headed for the lake where we went canoeing. It was so much fun. When we finished canoeing, we played “hunt the cub” with Sharon’s son while Sharon cooked the dinner. Dinner was delicious – it was spaghetti bolognese with garlic bread… YUM! After dinner, we got ready for the campfire which was so much fun. We sang loads of songs while we were live on Facebook! After the campfire, we watched a film and had some supper of hot chocolate and brownies. We were all so tired after the day so we went straight to bed after.

On Sunday, we woke up, packed our bags, cleaned our rooms and then had breakfast. We played outside on the pirate ship for a while and then it started to rain so we came inside for a while to watch the end of the film. We played a few indoor games and had lunch of pizza. It was then time to go home! We thanked Sharon (the cook) and the staff of Castle Sanderson and presented them with a small token of our appreciation. We got a few group pictures and packed the bus. We all boarded and headed for Dublin. We arrived back at the den and we were collected by our parents.

A great weekend was had by all! 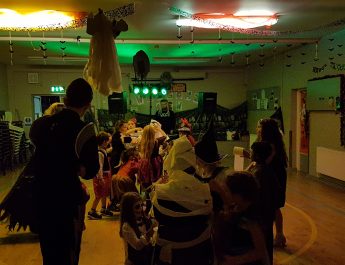 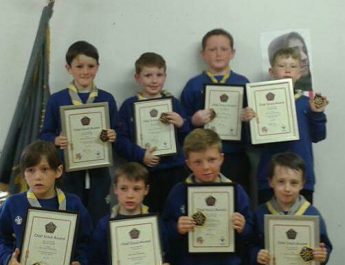 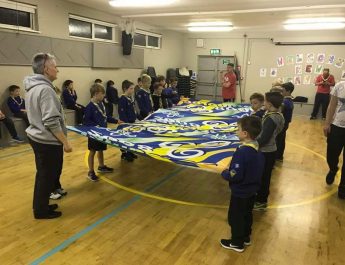 October 15, 2016 Emmet Dunne Comments Off on Bubs Moving Up!

Return to Scouting during Covid-19

Please click here to see a letter from the Group Leader on our plan for returning to Scouting during COVID-19.